This entry was posted in Antidepressant on July 25, 2022 by Lyle Murphy.

Venlafaxine is notorious for severe reactions during venlafaxine tapering or even when a dose is delayed. Despite these difficulties, it remains one of the most frequently prescribed SNRIs today.

Our comprehensive testing, holistic treatment methods, and customized tapering programs—along with your commitment—can gently and safely transform your life.


Does Your Diagnosis
Require Venlafaxine?

Alternative to Meds has acquired unique expertise for close to 20 years, helping people through antidepressant tapering and withdrawal. According to our published evidence over 77% of people who taper off antidepressants are able to replace the drug with alternative therapies, and construct a healthy lifestyle in order to obtain better results and fewer symptoms than they experienced when they were still medicated.
15 Years Experience by Professionals Who Understand Your Journey.
Up to 87 ½% Long-Term Success Rate.
Click to Call7 Days a Week
Join Our Information ARMY AND STAY INFORMED Venlafaxine continues to be one of the most prescribed SNRI medications today, sold in a prolonged or extended-release version. Venlafaxine is FDA approved to treat MDD (major depressive disorder), anxiety disorders, and cataplexy.

A number of off-label uses have developed, including the prevention of migraines, premenstrual dysphoria, hot flashes, fibromyalgia, pain reduction, eating disorders, and others.

SNRI medications are designed to target (block reuptake/transmission of) two types of neurotransmitters primarily — serotonin, an inhibitory hormone, and noradrenaline, which has an excitatory function in the CNS. Venlafaxine also blocks the transmission of dopamine, to a lesser extent. This is a powerful drug with a potent triple punch.12

There is a great need for truly helpful antidepressant tapering options for a growing number of people who found venlafaxine ineffective or too laden with adverse effects. Unassisted tapering from venlafaxine can be extremely hard to tolerate, especially if one has been taking the drug for more than a few weeks or months. Even if it has been taken only for some days, gradual tapering is still recommended and supported by research.8 Some people have been taking an antidepressant for many years despite getting less and less in the way of benefits.1

There is an all too typical scenario that can land a person into a trap of sorts. A person can become stuck taking a medication that no longer relieves their depression, pain, or other discomforts, (some are unsure if it ever did help), and yet the drug produces undesirable side effects that were not there before starting the drug. Even worse, trying to stop taking venlafaxine without a gradual and supervised venlafaxine tapering program, incites harsh withdrawal reactions that can occur. These reactions can intensify greatly if a person is trying to quit venlafaxine too fast.8

The puzzle of how to get off venlafaxine without introducing intolerable reactions can completely halt a person’s journey toward better mental health. Our inpatient programs offer a comprehensive set of protocols for persons that are trying to quit venlafaxine safely, supporting the process of getting off venlafaxine in a gradual way, while attaining bettered health as a result. Safely stopping venlafaxine can finally open the door to discovering and addressing the root causes of a person’s original symptoms that may have led to the prescription in the first place. The following guidelines may be useful to discuss with your prescriber if inpatient help is not available to you.

How to Get Off Venlafaxine Safely

We recommend inpatient treatment, or at the very least, working with a healthcare partner who is familiar with the process of safely tapering venlafaxine. Following are some general guidelines to discuss with your prescriber.

Guidelines for venlafaxine tapering include: 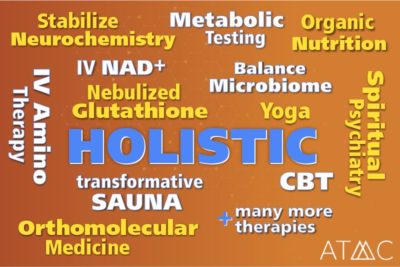 The most comfortable and safe methods of getting off venlafaxine are available at Alternative to Meds Center. At our luxurious and comfortable in-patient center, we address each person as an individual, with an individual treatment plan and program schedule. Each client is consulted daily, meeting with their treatment team, which can help to determine which adjustments may need to be made, etc. Micro-managing each client is key to comfort when it comes to venlafaxine tapering. This is perhaps not the same type of oversight a person receives when seeking help from their prescribing GP.

Typically, while physicians are highly trained in treating physical ailments, doctors have little to no training whatsoever in how to taper venlafaxine or other drugs. So the scant direction given might be some variation of “try cutting your pill in half for 2, or 3, or 8, etc., days, then try cutting that in half for a number of days, or try missing a day, try missing every third day,” etc. Little-to-no oversight between office visits cannot adequately monitor how successfully or unsuccessfully the person’s tapering experience is turning out to be.

Venlafaxine medication is most commonly prescribed as a timed-release medication. The drug manufacturer reported it withdrew the immediate release version in the US due to excessive nausea, which made taking the drug often impossible to tolerate. This is another layer of complexity and a factor that may require some extra attention because of the powerful and sometimes puzzling effects that medication can induce.

Common Side Effects During Venlafaxine Titration

Venlafaxine is associated with many side effects which can start to emerge during the period of time taking the drug.3,11 Each person is a unique individual, and naturally, some people will react differently than others. However, there are some symptoms that appear to be statistically common to many, when large numbers of consumers are surveyed. These include a sensation often referred to as “brain zaps,” shivers, or electric shocks through the head area. Commonly, tinnitus (ringing in the ears) and dizziness accompany the brain zaps. These sensations can be quite severe as they can come on randomly, suddenly, and can persist for a time. Brain zaps can be very unsettling, despite the surprising number of doctors who may discount the severity of the phenomenon.9

Another quite common reaction when trying to quit venlafaxine is extreme fatigue. A person may develop a level of fatigue that seems completely overwhelming, leading to a level of apathy or hopelessness that is often associated with suicidality. It is not legal to prescribe venlafaxine to those under the age of 25 because the rate of suicidality is too high in that age range, as discovered in drug trials. Headaches or migraines are also reported frequently as are flu-like symptoms that range from diarrhea to chills, cramps, fever, etc. A person getting off venlafaxine may often experience insomnia, disturbed sleep, crying spells, and brain fog. Nausea is another very common symptom when stopping venlafaxine.10

It may become quite confusing to try and figure out which are the side effects of the drug itself, and which are the side effects of stopping venlafaxine. However, it is not crucial to do so as with a properly administered venlafaxine tapering program, all of these side effects will tend to diminish over time. If symptoms are causing stress and are not getting better, then it may be time to look at the option of venlafaxine cessation in an inpatient, very closely monitored facility such as Alternative to Meds Center.

FDA WARNING: Please remember: Never try stopping venlafaxine “cold turkey” as to do so can increase the severity of the reactions, and can greatly increase the length of time these unwanted reactions will persist.3

Isolating The Root Causes for Symptoms Isolating the root cause(s) for the symptoms that led to the prescription in the first place may be one of the most important keys to returning to full health. Finding the root causes allows for these factors to be actually treated or corrected. A person may still be in jeopardy of having their original symptoms return unabated, where nothing was ever done to eradicate the cause.

Even the DSM (5th ed.) clearly stipulates that before diagnosis and prescribing medication, certain other factors need to be assessed and ruled out. For instance, if a person was addicted to marijuana, a doctor following the guidelines would not recommend treatment with prescription drugs for depression until substance abuse could be ruled out. That would indicate that the addiction to marijuana was to be treated first. How often is this recommendation actually followed? The DSM-5 also allows for prescribing a bereaved person antidepressant medication after only a two-week period following the death of a loved one. Many have criticized this practice strongly. These inconsistent recommendations can leave a person in a kind of trap where they are still suffering, but they are also now stuck on a drug they are unable to stop taking, within a monolithic system of treatment, that seems wildly off-kilter for many.4

More on Finding the Root Causes for Symptoms

Did you know that researchers have shown that toxins can leak into the gut and bloodstream, and it is believed that these can cause anxiety, stress, and other psychiatric symptoms? 5,6

Did you know that recreational marijuana use can induce depression?7 There are many reactions to what we expose our bodies to that sound like a prescription drug could be “the answer”, when in fact, addressing the root cause could be far more effective, far easier, and more long-lasting.

For More Information on Venlafaxine Tapering

Alternative to Meds Center is very proud to have helped thousands of clients to reduce and eliminate prescription medication comfortably and with a renewed level of health for the client.

We urge you to contact us at Alternative to Meds Center for more information and details on the gentle, safe, and comfortable inpatient venlafaxine tapering programs we offer at our beautiful inpatient facility.