This entry was posted in ADHD Medication on February 11, 2021 by Diane Ridaeus.

No wonder you are considering ADHD drug withdrawal. ADHD treatment using addictive medications may be one of the biggest scandals in the history of the pharmaceutical industry. ADHD itself has no causal biomarkers, making it a controversial and highly subjective diagnosis at best.1

Discovering underlying causes for a short attention span, for lack of focus in work, study or life, or for trouble staying mentally sharp and awake are valuable signposts that can inform where the real solutions lie. ADHD medication withdrawal is the “reset” that allows you to start resolving actual issues that a person most desires to address.2

Do Your Symptoms Require ADHD Medication?

Alternative to Meds Center has focused on ADHD medication withdrawal (and withdrawal from other prescription medications) for a decade and a half. We have published evidence regarding our clients’ tremendous successes. Discovering and effectively handling the root causes of unwanted symptoms is the meat and potatoes of our programs. Our aim is to provide actual, sustainable improvements in health and well-being, regardless of subjective opinions, previous misdiagnoses, over-medication, and labels.
15 Years Experience by Professionals Who Understand Your Journey.
Up to 87 ½% Long-Term Success Rate.
Click to Call7 Days a Week
Join Our Information ARMY AND STAY INFORMED

Over time, ADHD medication has been shown to cause iatrogenic worsening of symptoms (iatrogenic means caused by the treatment, caused by the drug). Over time, ADHD drugs also lose efficacy (stop working). Thus, the initial reasons for taking them diminish. A person may become concerned about long-term health risks associated with stimulant drugs used in the treatment of ADHD. A physician may prescribe additional drugs as a way to suppress unwanted drug side effects, cascading downward into worsening health. A person may feel they have developed addiction or drug-dependency issues and have a desire to free themselves from drugs altogether. There can be many reasons to consider and plan drug tapering. ADHD drugs are in the main, stimulant drugs that primarily interfere with dopamine and to a lesser extent, some other natural chemicals and hormones. Dopamine is an excitatory agent, associated with the sensations of pleasure and reward. Drugs do not produce more dopamine or hormones or other neurotransmitters. Drugs are not like vitamins or essential raw materials the body uses in manufacturing hormones and transmitters. On the contrary, drugs can damage and alter the way these natural molecules operate or fail to function properly along the CNS.

In the case of stimulants, the drugs cause a build-up or pooling of dopamine. The dopamine that is trapped initially produces a magnified excitatory effect. However, the molecules will degrade and become worthless waste material within a short time. These are lost. Over time, this continual loss of natural neurochemicals leads to several outcomes. One is that the person develops a deficiency in dopamine and feels like the drug “stops working.” This is similar to when the whip cream canister runs out. So when you press the nozzle it spits out nothing but air.

Another outcome is the effects that occur when the deficiency of natural transmitters causes symptoms such as depression, slowed growth, and other malfunctions within the complex interactions of a human body. These are generally regarded as “side effects” of ADHD drugs. (see below for more information on common side effects of ADHD medication) The mechanism of these side effects, at least in part, is tied to this degeneration of brain chemicals. These are iatrogenic (caused by the drug) negative effects. There are other consequences, but dopamine depletion is one that is widely overlooked. To regain health and to navigate ADHD medication withdrawal safely it really helps to understand what caused the damages.7

Labels and Drugs:  Escaping the Trap of ADHD Medication

There are two starkly visible “problems” with diagnosing ADHD patients. In the first place, the practitioner applies highly subjective diagnostic criteria to determine if the condition is present. Indeed, there are those who consider ADHD a mythical creature, a disease that doesn’t exist, a healthcare fraud.2 Nonetheless, the diagnostic procedure for an adult is much like taking a quiz, comprised of generalized questions. If the person answers “yes” to 5 of the 18 inquiries, the diagnosis liable to be judged positive for the condition. The test has been engineered to be, well, easier than buying the right car insurance.

A bit more complicated is diagnosing a child, where these questions have to be answered by someone else on behalf of the child. The child’s diagnosis depends on 6 “yes” answers to the questions. Assuming a youngster’s vocabulary probably would be ill-matched to the task, the diagnosis is thus based largely on the opinions of others. That’s a pretty sketchy template, medical or otherwise. And, downright dangerous if the outcome means a prescription of addictive prescription medication. As mentioned earlier, a diagnosis of ADHD is not the end of the road. It can actually present a wonderful starting point, an opportunity that can signal something brand new. You can free yourself from being tangled up in a label that doesn’t provide the solution you need. You can reach out and seek effective non-drug-based help that can alleviate unwanted symptoms.

The second alarming problem is that once diagnosed, treating ADHD typically results in prescribing children and adults a host of highly addictive CNS stimulants. This treatment is the authorized response to a person/child who exhibits very common behaviors that “someone else” thinks are objectionable enough to qualify the person as suffering from a mental syndrome.

But, these stimulant drugs, (Ritalin, Adderall, Concerta, etc.) are all close cousins to the street drug meth (methamphetamine). ADHD drugs are highly addictive, and these drugs can injure and kill. Despite much evidence of their harmful long-term effects, physicians generally encourage taking them for an entire lifetime.3 And, these medications are extremely difficult and even risky to stop taking abruptly and without close monitoring and support. Being addicted to any drug is a difficult trap. But there is hope, and Alternative to Meds Center helps people every day to get out of the trap.

But over time, studies have revealed much on the subject. Some of the most common problems are listed below. There can be many other problems connected with the long-term use of ADHD medications.

Stress on the heart:  The FDA placed a “black box” warning on the packaging of ADHD drugs in 2006 warning of sudden death, cardiovascular injuries, strokes, cardiac arrests, arrhythmias, chest pains, and an even greater risk for those with pre-existing heart defects or a history of seizures, which the drugs seem to exacerbate. Stimulants put extra stress on the heart and can cause or worsen high blood pressure.3

Suppression of normal growth in children/adolescents:  Many studies have shown that children and adolescents who take ADHD drugs (amphetamines) for a number of months or years show significantly lower height and weight than the control group who remained drug-free. All children/teens were of average height and weight at the beginning of the study.4,5

Misuse/Abuse Dangers:  The euphoric effects of stimulant drugs can make them attractive for recreational use, especially when taken in larger doses, crushed and snorted, or dissolved in water and injected. Damage includes overdose, addiction, psychosis, heart failure, toxic (bacterial) reactions and obstructions from the fillers at or around the injection site, and many other negative outcomes.

ADHD drugs can cause many other side effects, including but not limited to these: 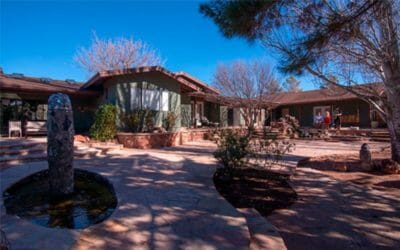 Please contact us directly for more information on what a tailored program would look like for your unique set of circumstances. Ask us about insurance coverage as well. We look forward to speaking to you further and answering any other questions you might have regarding our ADHD medication withdrawal inpatient treatment programs.