This entry was posted in Drug Side Effects and tagged Protracted Withdrawal on August 24, 2021 by Diane Ridaeus.

*To avoid seizures the FDA recommended in its 2014 clinical review, gradual cessation rather than a patient stopping Topamax ( topiramate ) abruptly.1

Since Topamax withdrawal symptoms can include the return of seizures, medical caregivers should carefully monitor anyone for this common discontinuation symptom. Research has determined that after a seizure-free period of 2 to 5 years has elapsed, withdrawal from an antiepileptic medication is a medically sound context for many persons who may wish to safely stop their AED.14,15

Topiramate is linked with hepatic ( liver ) failure.2 Kidney stone formation is another known outcome from taking Topamax.10 Where such risks to health are high, coming off the drug could be indicated despite the discomforts that can accompany medication withdrawal. Underlying conditions the drug suppresses, such as seizures or migraines can rebound during or after withdrawal, most notably where discontinuation is abrupt or sudden. Severe changes brought on by cessation can be avoided by a very gradual and well-monitored approach. Our general recommendations would minimally be two-fold:

According to safety reviews of topiramate used in children for migraines and epilepsy, and in adults for weight loss and other studies 1,11,12,17 the following adverse effects were found:

Topamax is a drug commonly used in the prevention of seizures.3 Seizures can be brought on because of various causes:

Topamax is one of several anticonvulsants that can successfully prevent or reduce the occurrence of seizures. However, the side effects can make the drug unsuitable for some.

Several other uses for Topamax have emerged over the last decade, including prescribing it as a weight-loss medication. Topamax is an appetite suppressant and studies confirm Topamax does cause significant weight loss. The drug makes food taste strange or even bad, and reduces food cravings. Most of the participants did lose weight while on the drug, significantly more than the placebo group, however, the side effects discouraged some from continuing the trial.18

Migraine sufferers have reported success by reducing the frequency and severity of chronic migraine headaches while taking Topamax.4 Unfortunately, the side effects that accompany the drug have caused some to decide to discontinue the medication. Alternative non-drug therapies have proven useful in reducing the frequency and intensity of migraines, such as mindfulness-based stress reduction and yoga therapies.8,9 Always seek medical oversight and guidance to reduce the dosage of anti-seizure or anticonvulsant medications gradually.

Doctors have experimented with prescribing the drug for bipolar disorder. However, there is some controversy over this off-label use of the drug. According to clinical trials, Topamax has documented no success in treating mania in BP disorder and inconclusive benefits for depressive states in bipolar. Topamax research has not shown adequate efficacy in bipolar treatment.5,13

A person may decide to discontinue treatment with Topamax where it was ineffective to treat bipolar or similar conditions where the benefits were not achieved as was hoped.

Clinical trials have been analyzed and found there is no clinical evidence that supports the use of Topamax for treating cocaine use disorder ( cocaine addiction ).6

A person may have been prescribed topiramate in an attempt to help with an addiction to something else, such as cocaine. This practice is not recommended because of the lack of efficacy, and the number of adverse effects linked to taking the drug. Withdrawal from Topamax could be a very good strategy for improved health, especially where it was not found useful in treating addiction to other substances. Treating the biological and emotional triggers and precursors for addictive behaviors would be alternative choices for the best pathway forward.

Alternative to Meds Center Can Help 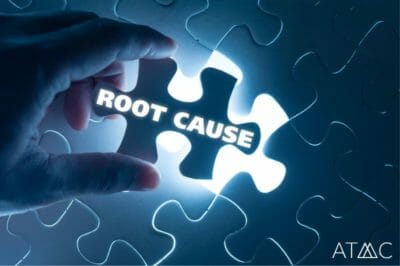 The protocols we use at Alternative to Meds Center aim toward several significant outcomes, aside from safe tapering from prescription drugs. One of the prime areas we investigate is finding root causes for the conditions that preceded the medication. If migraines linked to specific toxic accumulations, as an example, we can expect to see improvements after removing the toxicity. It is not always possible to reduce medications to zero. However many improvements become possible after changing diet, arming oneself with de-stressing therapies including counseling, and lifestyle changes. You are invited to review our services overview page to get a better idea of the massive volume of adjunct therapies available while inpatient at Alternative to Meds Center.

These and other techniques can help a person to make the necessary changes to conquer their health challenges, and many times without the undesirable consequences of over-medication. We invite you to call the number on this page for more information about the possible benefits we can provide you or a loved one who is suffering from Topamax withdrawal symptoms.