A commonality among most, if not all, antipsychotic drugs is the horrendous phenomena associated with Clozaril tapering, weaning, and titration.

Clozaril tapering treatment must be done using proper medical oversight, and careful observation. In other words, the kind of treatment provided at Alternative to Meds Center.


Are you ready to commit to
effective tapering treatment?

Alternative to Meds has been helping people with antipsychotic tapering for over 15 years. We have published evidence regarding our success. Addressing underlying root causes does not and should not have to involve toxic treatments. In fact, we have found that frequently there were either missed medical conditions or other factors that contributed to the crisis. Moreover, these could have since greatly shifted. So, a person may have been following treatment protocols that were unable to fix what was wrong because they had been possibly misdiagnosed in the first place.
15 Years Experience by Professionals Who Understand Your Journey.
Up to 87 ½% Long-Term Success Rate.
Click to Call7 Days a Week
Join Our Information ARMY AND STAY INFORMED

Clozaril tapering (generic name clozapine) has been studied for over 2 decades, and it has been shown that Clozaril is particularly subject to dramatic withdrawal phenomena, especially in comparison to some other antipsychotic medications.1

The idea of needing to safeguard against the risks of medication and the process of Clozaril tapering, may at first seem daunting. This can be especially true for those who have experienced or witnessed the damage that these medications can inflict. Virtually all drugs carry risks. However, antipsychotic medications historically provide perhaps the most alarming and wide range of glaring examples of the double jeopardy of not just taking them, but trying to get off them. Unfortunately, each of these processes can be challenging, to say the least.

As far back as 1973, we have researchers disclosing the brain damage caused by the class of drugs known as antipsychotic medications. In one example, the Menninger Clinic case, reports showed that a patient died from damage as a result of participating in an antipsychotic drug trial. The family was awarded millions of dollars as compensation in the court case. As a result, the clinic was fined, and that particular medication never received FDA approval. Antipsychotic drugs are well known for unpredictable side effects and are also known to be ineffective over time.2

Concern over Side Effects of Antipsychotics such as Clozaril Drug-induced conditions like TD (tardive dyskinesia) and tardive dystonia, are linked directly to antipsychotic medications. And, the risk increases, according to the research3, with the length of time and dosage taken. These conditions (repetitive spasmodic involuntary muscle motion or painful twisting and contortions of the muscles) are almost always incurable. Tardive means slow or late-onset, pointing to the risk for development that increases with the length of time taking antipsychotic drugs such as Clozaril, Zyprexa, Abilify, and many many others.

Perhaps chilling to realize is that antipsychotic drug makers have consistently ranked in the top 10 for lawsuits relating to brain injury or death, as shown in statistics from 2004 through 2012. The fines meted out to these drugmakers are mountainous. Fines in the US alone amounted to $10 billion during this 8 year period,

To compare, Perdu was fined a relative pittance of $600 million in lawsuits due to the infamous tsunami of OxyContin injury and death cases. In the news media, the opiate crisis receives near-constant mainstream air time, (not a criticism), but the antipsychotic drug crisis receives comparative silence. Little to no coverage whatsoever. Currently, it is reported that 500,000 US citizens suffer from drug-induced tardive dyskinesia/dystonia. These conditions are only ever drug-induced and have no other cause than antipsychotic medications.4

Yes over time, antipsychotic medications can become less able to suppress symptoms. These can include psychosis, schizophrenia, or major depressive episodes of Bipolar conditions. Unfortunately, when the drug stops being effective at dampening symptoms, a person’s original psychosis or other symptomology or mania may begin to surface again. Not surprisingly, as generally, antipsychotic medications are rarely thought of as curative.5 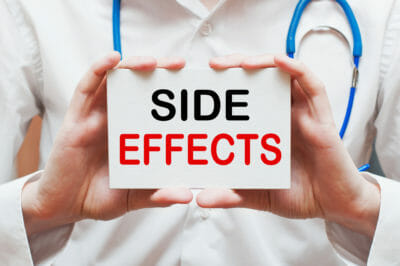 What can also happen over time is that drug side effects can begin to intensify. Antipsychotics such as Clozaril cause a pretty long list of side effects. Some of these may be more intense than others, just as some persons may be more sensitive than others to certain sensations, aches, pains, etc. Side effects can include restlessness, tremor, stiffness, and other physical sensations. Emotional side effects also occur such as emotional blunting. This is where the person feels no joy or satisfaction or reward in life. Others can include a racing heartbeat, dizziness, akathisia, dry mouth, nausea, lack of appetite, drowsiness, low blood pressure, incontinence, and a host of other undesirable reactions. There are some rare but quite severe side effects that Clozaril can cause such as seizure, life-threatening allergic reactions, sudden cardiac death, strokes, and NMS. Neuroleptic malignant syndrome carries the risk of death and like TD is a drug-induced (neuroleptic means drug-induced) life-threatening condition. The symptoms of NMS to watch for are sudden fever, sweating, confusion, muscle rigidity, rapid breathing, and if not treated immediately will oftentimes lead to death.

It may be helpful for a person to discuss with a trusted health advisor or caregiver the benefit-risk ratio of continuing to take a drug that no longer suppresses their original symptoms. This is especially pertinent where the drug is causing or could cause additional discomforts or risks to health from the side effects. A well-planned. individually tailored holistic-based path of treatment may be a more effective choice over neuroleptic-based treatment, especially over the long term. Holistic treatments can include many therapies to help a person regain their abilities to reduce stress, to comfortably socialize, to interact with others in a safe and welcoming setting, increase coping skills, learn skills to manage their life well, as well as physical and emotional therapies to address and ease troubles whether mental, emotional or physical in nature.

To reduce or eliminate antipsychotics safely provides a very good first step to becoming free of the burden of pharmaceutical drugs. Then one can begin exploring non-drug-based mental health solutions. These holistic treatments may be much more productive when the toxicity and medication issues have been reduced or eventually eliminated totally. Alternative to Meds Center has been providing inpatient natural mental health services for nearly 15 years now with tremendous success. A wide variety of adjunctive therapies include the practice of clearing out the neurotoxic body burden. Even this single step can deliver profound change and confidence toward very tangible improvements in healthy neurochemistry.

Please contact us at the center for more information concerning our compassionate and welcoming inpatient Clozaril tapering program, insurance questions, and other hopeful, helpful information for you or for your loved one.