Alternative to Meds Center understands that Depakote tapering (valproic acid) is best done carefully and gradually to avoid some of the more extreme withdrawal phenomena that are possible.

Antipsychotics given during a crisis often end up becoming a lifetime of being medicated and all of the side effects that go with it. In over 75% of the cases, we have found that people can navigate their lives better after having withdrawn from the drugs.

For 15 years, Alternative to Meds has been the only licensed center helping people find alternatives to antipsychotic medications. We have published evidence regarding our long-term success. While each case is different, many times we find that frequently there were medical conditions like hypoglycemia or food allergies, or that the crisis had multiple factors that contributed. For these reasons a person may have been diagnosed either prematurely or entirely misdiagnosed and therefore without a way out of the dilemma.
15 Years Experience by Professionals Who Understand Your Journey.
Up to 87 ½% Long-Term Success Rate.
Click to Call7 Days a Week
Join Our Information ARMY AND STAY INFORMED

Severe reactions can occur when trying to stop Depakote either too fast or without proper preparation. The drug, a mood-stabilizer, is also known by its generic name divalproex sodium or simply valproate or valproic acid. There is an extended-release version of the drug as well, called Depakote ER. 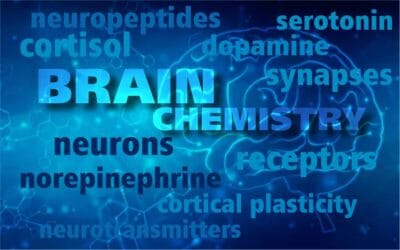 Depakote is an anticonvulsant mood-stabilizing medication prescribed to prevent seizures, as in epilepsy, to prevent migraines, and is used as a mood stabilizer to treat manic episodes of bipolar disorders. While this anticonvulsant drug is not a benzodiazepine, it is believed that it acts on the same neurotransmitters that benzo drugs do. Depakote affects or manipulates the neurotransmitter named GABA. GABA in effect is a calming natural chemical, though the mechanism of action is quite complex, relates to other transmitter interactions, and is not entirely understood. While the exact mechanism of how mood stabilizers work, it is thought that Depakote acts by interfering with the absorption of GABA, changing the way the GABA interacts with other types of transmitters. Mood stabilizers may increase GABA concentration at the nerve synapse, at least for a time. GABA molecules suspended in this way eventually degrade, and become metabolized (used up) instead of being reabsorbed and recycled as would normally happen. To state that a drug “increases” natural chemicals or hormones can be very misleading without further explanation or without taking a closer look. Unlike food and nutrients, no drug is capable of manufacturing natural chemicals. It is probably a more correct statement that drugs such as Depakote suppress certain types of brain activity and are observed to suppress or even out moods, dampening the ability to feel emotions in some people. In others, emotions can be affected in other ways, as in deepening depression, suicidality or anxiety. What is surmised is that eventually, the available stores of GABA and other affected neurotransmitters will dwindle and eventually become exhausted. It is at this point typically that a drug could be said to “stop working.” You can wring the water out of a wet rag for only so long.1

It is not uncommon for a person to build up a drug tolerance (more on this below) at which point their original symptoms may reappear, sometimes in a more intense fashion than before starting to take a drug. Commonly, treatment may include the option to “switch” drugs at this point, or up the dosage, or add other medications to the person’s daily regimen. There have been few studies done on the effects of abruptly switching mood stabilizers. It is safest to always seek competent medical advice before switching out medications such as Depakote.2

Because Depakote is linked to major congenital deformities, a woman may decide that Depakote tapering is a wise health choice before becoming pregnant.

A person may need to continue to drive a vehicle, fly a plane or operate heavy machinery in their job, which cannot be done while taking Depakote. A person may assess their risk-benefit ratio when considering whether to stay on a drug that is causing a number of health issues or to begin looking at other options in their treatment such as Depakote tapering, as well as an appropriate and comprehensive survey of Depakote alternative therapies that may offer other forms of help for mood swings or migraines or whatever the original symptoms were. The Alternative to Meds Center offers such an opportunity. The center offers an inpatient Depakote tapering program, using neurotoxin removal, orthomolecular and nutrition-based medicine, lab testing and diagnosing root causes for unwanted conditions, and a wealth of therapeutic activities that can be tailored to the individual’s needs.

How Does the Body Respond to Depakote Tapering?

When taking a psychoactive drug of any kind, the phenomenon called tolerance can occur. Tolerance is the body’s adaptation to the presence of the drug. After tolerance develops, to reduce or stop a drug can cause something of a shock to the system. This can result in some intense reactions, known as Depakote withdrawal symptoms.

WARNING: Never abruptly or quickly stop taking Depakote. Find help to assist you with the challenges of Depakote tapering or coming off any psychoactive substance.

For a person with epilepsy to abruptly stop or even reduce Depakote, one of the most concerning reactions is episodes of seizures that do not stop, also called status epilepticus. For bipolar persons, a sudden cessation of Depakote can bring on a return of the person’s original symptoms such as mania, psychosis, tremors, etc. A person who was taking Depakote as a treatment for migraines may have a return of migraines, which may be considerably more severe than before taking valproate. A person taking Depakote as a mood stabilizer may find that reducing the drug can cause reactions that include volatile mood swings, worsened depression, irritability, and other discomforts.

Can Taking Depakote Cause Dangerous Side Effects? Yes, all drugs can cause side effects and for some Depakote users, there is a wide range of possible drug-induced side effects that can include some significant health risks. The FDA lists these in detail on the label information, for example:  life-threatening pancreatitis in adults and children, liver failure (hepatotoxicity) which can be fatal, gastrointestinal irritation, seizures, suicidal thoughts and behavior, sometimes occurring as early as the first week of taking Depakote, decreased blood platelet levels, and a host of other possible undesirable feelings, sensations, and troublesome conditions.

Other side effects can also emerge such as drowsiness and sedation. It is recommended that a person should not be driving or operating heavy machinery while under the influence of a sedating drug. Other common side effects include temporary hair loss, nausea, constipation, headaches, loss of sexual interest, diarrhea, nausea and vomiting, dizziness, anxiety, and others.3

Alternative to Meds Can Help

If you or your loved one has been struggling with how to improve a situation where side effects, tolerance or other issues may be blocking your ability to be truly well, and enjoy natural mental health, you owe it to yourself to find out more about how the Alternative to Meds Depakote tapering program could possibly assist you to overcome these challenges.