This entry was posted in Mental Health and tagged Antipsychotics on June 1, 2022 by Lyle Murphy. Photo by Paola Chaaya on Unsplash

After a diagnosis of clinical depression or another mental health condition, it’s common for healthcare providers to prescribe antipsychotics and other medications. Of course, it is expected that these drugs will help relieve the symptoms of any mood disorders. But what if the opposite happens instead? Although most people understand that all pharmaceuticals have their side effects, most well-known side effects are physical in nature. As a result, many people spend little time considering how medications could affect them mentally. However, it is crucial to be aware of whether your psychiatric medication could worsen your mental health.

Can Antipsychotics Cause Depression?

Antipsychotics can be prescribed to treat a variety of conditions, and two of the most common are bipolar disorder and schizophrenia. As the name implies, antipsychotic medications are intended to prevent psychosis in patients with certain mental health conditions. However, like all other drugs, antipsychotics come with a host of potential side effects, including depression.

If you’re already battling a mental illness like bipolar disorder, the last thing you need is a new or worsening mental health issue. This can be incredibly counterproductive to your treatment. In fact, antipsychotic medications may introduce more issues than most patients with clinical depression1 are willing to deal with. Fortunately, when you’ve been diagnosed with a condition like severe depression, bipolar disorder, or post-traumatic stress disorder (PTSD), there are alternatives to traditional pharmaceuticals.

How Do Antipsychotic Drugs Work? Photo by nikko macaspac on Unsplash

It’s important to understand that there are two kinds of antipsychotics2. Both types of medication work differently and can cause varying side effects.

What Is the Most Troublesome Side Effect of Antipsychotic Medications?

Depending on the individual, what someone considers the “most troublesome side effect” of antipsychotics can vary. These medications introduce a wide range of unwanted effects, and any one may be especially distressing to the individual experiencing it. However, extrapyramidal symptoms are some of the most dangerous and concerning when it comes to physical side effects.

Any psychiatric or emotional side effect of antipsychotic medications is worthy of concern, as well. Patients prescribed first-generation and second-generation antipsychotics are already experiencing serious mental health disorders, such as schizophrenia, bipolar disorder, or certain personality disorders. New or worsening depression can be an especially dangerous situation for these individuals.

Are Antipsychotics a Long-Term Treatment?

When a patient is placed on antipsychotics by their caregiver, this is often for an extended period of time. However, despite how they’re commonly prescribed, antipsychotic medications aren’t intended for long-term use. These medications should only be used for short-term stabilization, typically during a time of crisis. It’s unwise to use these drugs for the purpose of maintenance, as this can do more harm than good for the patient.

Additionally, antipsychotics should be prescribed at the lowest possible dose. Not only will this cut down on the extent and severity of the patient’s side effects, but it will also lower their risk of developing hypersensitivity. (More specifically, a supersensitivity of the dopamine D2 receptor that leads to the medication losing effectiveness, over time3.) The longer a patient takes antipsychotic drugs, the more likely they are to experience unwanted changes in brain structure and physical health4.

Antipsychotics can also induce a “dampening” effect on patients. In the short term, this zombie-like effect can be a reasonable trade-off for stabilization during a period of crisis. Nevertheless, this can be an extremely damaging side effect when the patient is required to take the medication for many months – or even several years, in some cases.

Do Antipsychotics Affect Your Mood?

Yes, antipsychotic drugs can impact mood. Of course, some individuals hope to alleviate low mood symptoms like depression and hopelessness. However, antipsychotic medications may instead impact mood in ways you weren’t anticipating.

Although these drugs can help prevent psychosis, they can lead to an increase in other negative mental health symptoms, including depression. This is just one reason why antipsychotics aren’t an effective method of treating clinical depression or major depressive disorder.

Do Antipsychotics Increase Depression if the Disorder Is Already Present?

If you have already been diagnosed with depression or have a history of depressive symptoms or behaviors, it can be highly damaging to use antipsychotic medication. There is evidence suggesting that antipsychotics may even increase suicidality in patients with past or current suicidal ideation,5. More specifically, it’s possible for antipsychotic medication to act upon common predictors of suicidal ideation or behavior like anxiety, agitation, and impulsivity. This essentially means that these drugs are indirectly pro-suicidal—their side effects can result in an indirect pro-suicidal psychological and neurological impact.

The above is especially true for first-generation antipsychotics, which are known to cause some of the most severe neurological side effects. Alongside these neurological or extrapyramidal effects, typical antipsychotics can lead to additional psychological effects. All these negative side effects can have a detrimental impact on your mental and emotional wellbeing. If you are already dealing with depression, it’s possible that depression or suicidal ideation could become even more severe.

Alongside worsening depression, antipsychotic drugs can also result in symptoms like weight gain, frequent sedation, and anticholinergic effects. Any of these side effects can negatively impact a person’s mental or emotional well-being.

As a whole, it is especially unwise for antipsychotic drugs to be used by patients diagnosed with non-psychotic forms of depression6. Unfortunately, depression of any kind can be a debilitating condition, and as one might expect, many individuals with depression will search far and wide for an effective treatment. As a result, even if you don’t experience psychosis or psychotic symptoms of any kind, you could still be prescribed antipsychotics such as risperidone or ziprasidone.

What Are the Alternatives to Antipsychotics?

Currently, it’s common for antipsychotic medications to be prescribed as soon as a label is placed on the patient’s condition. When symptoms are present (such as depression or psychosis), there isn’t an investigation into why or how these issues came to be in the first place. For the symptoms to be treated most effectively, however, their origin should be uncovered whenever possible. It’s always beneficial to treat mental health conditions at their source, rather than attempting to mask symptoms with drugs.

Medical professionals should attempt to find the root cause of a patient’s mental health symptoms. This approach is far superior to simply finding the right label and a drug to match. Isolating the root cause can allow caregivers to determine the most effective non-pharmaceutical treatment.

The practice of treating schizophrenia and psychosis without the use of antipsychotics is becoming increasingly popular and for good reason. In Norway, for example, drug-free treatment is offered to those experiencing psychosis7. As arrangements like this prove themselves to be effective, it’s becoming clear that the psychiatric field should rethink its traditional approach to diagnosing conditions and prescribing medications.

One of the top ways to battle psychosis and other mental health conditions is talk therapy. Because there is more than one form of such therapy, it’s possible to find the style that best suits your unique psychological needs. For example, you might opt for open dialogue therapy, cognitive behavioral therapy (CBT), EMDR (particularly if you experience psychosis with PTSD features), and prolonged exposure therapy9.

Research in the field of mental health is constantly evolving, meaning that new therapies and forms of treatment are regularly being discovered. For instance, certain kinds of physical activity have been linked to improved mental health.

A notable example is yoga8. Rather than being a passing trend in the world of holistic health, yoga has been shown time and time again to provide noticeable relief for patients. Rather than relying on the long-term use of antipsychotics, many patients can benefit from adopting a regular yoga practice. Other emerging treatments include “fear learning” (which is intended to improve the REM cycles of those with PTSD10) and the “rapid-gain” treatment model11.

If you are experiencing depression and psychotic episodes, alongside talk therapy or counseling, you can also experiment and see what holistic alternatives12 work for you. For example, eating a cleaner diet and cutting down on caffeine can positively impact your mental or emotional well-being. It’s a good idea to begin eating a hypoglycemic diet, as this can allow you to keep their blood sugar levels in a healthy range.

A holistic treatment center can help you explore several vitamins and supplements that can be incorporated into your treatment, such as:

Overall, there are a number of natural remedies that have shown promise as treatments for psychosis and mental health conditions.

Avoid the Depressive Side Effects of Antipsychotics with Holistic Alternatives 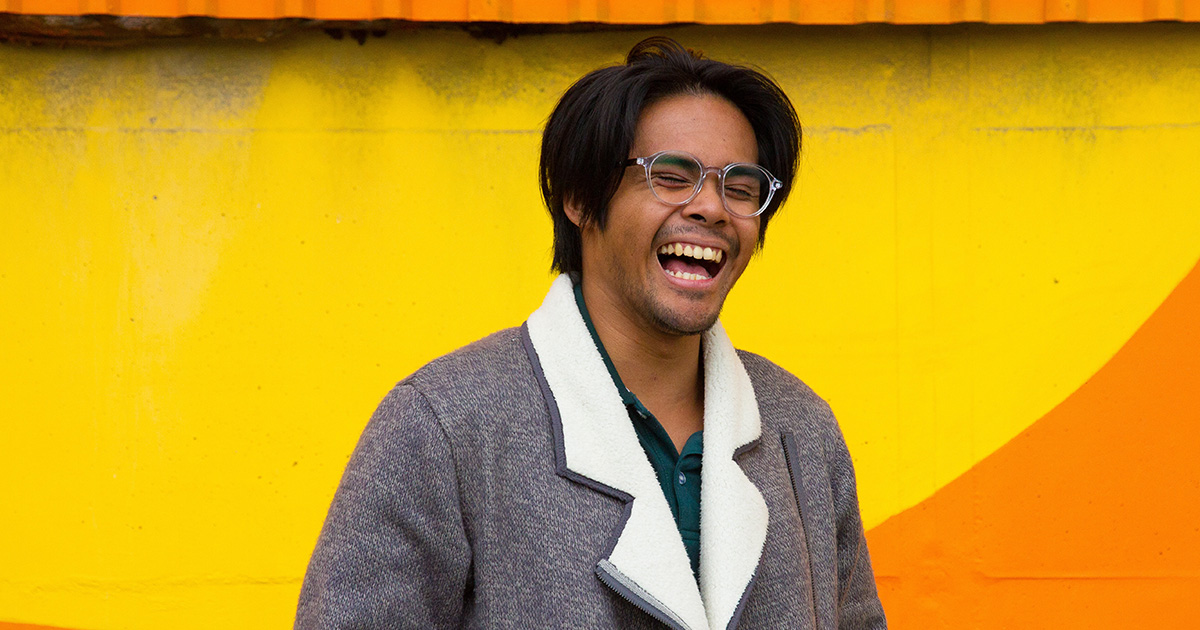 Photo by sean hall on Unsplash

When it comes to mental health conditions, antipsychotics often cause far more issues than they alleviate. If you’re currently taking an antipsychotic, consider asking a provider to taper your medication and investigate the root cause of your symptoms. This often involves lab testing, which allows your provider to uncover the hormonal, nutritional, and medical contributors to your condition.

Work to adopt a nutritious, clean diet, high in organic foods and low in sugar and processed ingredients. Then, consider pursuing healthy neurochemistry using natural supplements based on your unique needs and symptoms. Keep in mind that it is important to ensure that you come off antipsychotics in a safe and comfortable environment, under the supervision of trained medical and mental health providers. By doing so, you can avoid the many negative side effects of antipsychotics with a safety net in place as you explore more holistic alternatives.