This entry was posted in Antipsychotic and tagged abilify, aripiprazole on July 18, 2021 by Lyle Murphy.

Alternative to Meds has offered help to clients looking for antipsychotic tapering for over 15 years. Please see our published evidence regarding our success for more information. Underlying issues can in many cases be addressed without toxic prescription drugs. In many cases, we discover that medical conditions were missed or left unresolved, and other contributing factors were overlooked. Tragically, this often resulted in misdiagnoses. We can help.
Watch this video of a young man who had a tragic life in and out of psychiatric wards and persistent psychosis who, after ATMC methods, has gone on to be an international speaker, author, and model of what type of transformation can occur when using strategic holistic therapies. Gordie, featured in the video has been successful over bipolar and schizophrenia without even a hint of his diagnosis for 10 years.

Abilify (aripiprazole) is an antipsychotic medication often prescribed to people experiencing schizophrenia, bipolar disorder, and other forms of psychosis. Abilify works by moderating dopamine levels in your system, which is the chemical in the brain responsible for stimulating the sense of reward.1 It is this chemical that makes us want to get up in the morning, get a job, and is responsible for what we feel when we succeed at a task. While moderating dopamine levels can sometimes help stabilize certain psychotic behavior, it can also lead to several other, potentially dangerous side effects.

Abilify is one of the more moderate antipsychotic medications commonly prescribed by doctors and has lower and fewer risks than many other similar medications. However, there are still numerous side effects and risks associated with taking Abilify long term. Perhaps the most common and dangerous side effect is that Abilify can reduce the life expectancy of elderly people with dementia and children. Studies have shown that elderly people with dementia 2 and children and adolescents 3 taking Abilify are more likely to die prematurely. 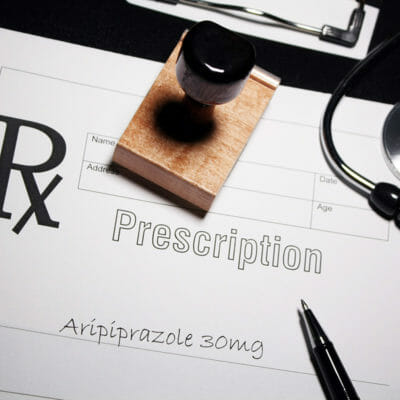 What Are the Risks of Taking Abilify?

Because Abilify inhibits the brain’s ability to transmit dopamine, some people taking Abilify find themselves craving stimulation and reward, which leads them to search for it in other places. Using Abilify can escalate compulsive behaviors like gambling and sex addiction, as well as an increasing desire for other stimulants like cigarettes, caffeine, sugar, and other drugs. 4

Some other commonly experienced side effects of using Abilify might include: 5

When Is It a Good Idea to Take Abilify?

Like most drugs, there are lots of ramifications and dangers associated with taking Abilify. However, if a person is experiencing sudden and severe psychosis, or is very likely to hurt themselves or be a danger to others, taking Abilify could be a good way to get the symptoms under control. At times, taking low doses of Abilify can provide the mechanics necessary to get the brain working properly again. If a person needs immediate treatment, Abilify could be the least dangerous of the possible antipsychotic medications available.

Taking Abilify With Other Drugs and Medications 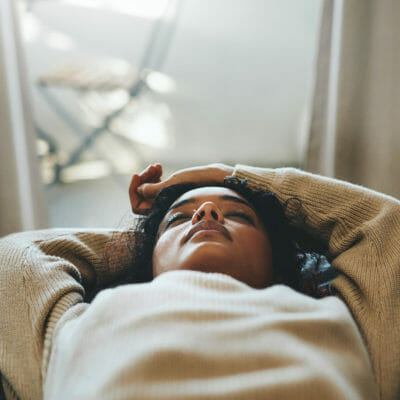 In most cases, the more chemical substances are being processed and mixed in the body at one time, the more possible ways things can go wrong. Unfortunately, many people are prescribed several medications that, in reality, should not be taken together. For example, it is not unheard of for doctors to prescribe Abilify along with Modafinil. This is an especially harmful combination because while Abilify is an antipsychotic, Modafinil is a stimulant. Taking these medications in combination is something like having the brake and the accelerator pushed to the floor at the same time.

Smoking marijuana while taking Abilify can be a dangerous combination for lots of people as well. Everyone processes the chemicals in marijuana a little differently. While smoking marijuana could help some people relax, marijuana can cause severe psychosis in others. 6 Therefore, it’s not recommended to smoke marijuana for any patients who have experienced psychosis, particularly in the past six months. If you are taking Abilify it is probably because you have experienced psychosis sometime recently. Therefore, if you are taking it, you should probably avoid taking any cannabis products.

Because Abilify is documented to carry certain long term and life-altering altercations as well as a host of less serious side effects, you might want to think about tapering your use of Abilify. While medications like Abilify tend to moderate and relieve certain symptoms, they rarely provide a cure for the condition itself. While non-drug-related treatment options may not provide as immediate and acute symptom relief, these alternative options could eventually lead to real improvement.

This causes the system to become overloaded, which could lead to manic episodes, hallucinations, or other symptoms that may or may not have been present before you started taking the drug. For this reason, the medical recommendation is to gradually taper the use of any antipsychotic medications when attempting to discontinue use. Everyone is unique, and therefore everyone’s tapering program should be specifically adapted to them. The tapering process should be carefully tailored to the individual and should consider all factors such as nutrition, toxicity, and genetic factors to avoid withdrawal symptoms and to ensure the success of the process. You can learn more about Abilify, its common side effects, and the Alternative to Meds Center tapering process in this video.

Alternative to Meds Center has worked for years with thousands of patients to develop safe, exacting, and individually tailored Abilify tapering programs. Our dedicated and skilled staff are available to provide 24/7 support during the tapering process and to provide a safe and gentle approach to recovery. Please contact us if you or a loved one is considering tapering their use of Abilify and wishes to learn more about alternative means of initiating recovery and restoring mental health.

6. NIH, “Marijuana Research Report. Is there a link between marijuana use and psychiatric disorders?” [Internet] 2020 Jul [cited 2021 Feb 19]