This entry was posted in Antipsychotic on May 4, 2021 by Diane Ridaeus.

Clozaril alternatives are available to help a person enjoy stable recovery. Rather than continue substituting drugs, we help a person to safely transition over to natural mental health methods, without the need for prescription drugs for the vast majority of our clients.

Often, a prescription of a drug like Clozaril may leave a person feeling they are without other options. Alternative to Meds Center provides Clozaril alternatives that promote a resurgence of natural mental health.


Do Your Symptoms
Require Clozaril?

Alternative to Meds Center has provided expertise on medication management for many years, and our published evidence shows wonderful success. Did you know that there are much less toxic ways that can address symptoms effectively? Whether your prior medical treatment left a medical condition undiagnosed, misdiagnosed, or provided a premature diagnosis, we search for the factors that need to be resolved effectively without medications. Medications are demonstrably not effective over the long-term. Clozaril alternatives can help greatly.
Clozaril users no longer have to endure horrible side effects and symptoms because we have developed the clinically proven antipsychotic alternatives that can reduce or eliminate past unwanted symptoms. Alternative to Meds Center has developed many helpful ways that have people feeling good again, and also able to participate more fully in life without suffering from Clozaril withdrawal side effects.
15 Years Experience by Professionals Who Understand Your Journey.
Up to 87 ½% Long-Term Success Rate.
Click to Call7 Days a Week
Join Our Information ARMY AND STAY INFORMED Often a crisis is unfolding rapidly when a physician prescribes an antipsychotic medication such as Clozaril (generic clozapine). The drug may provide some immediate and much-needed relief where symptoms such as psychosis, hallucinations, or mania need to be dampened and brought under control. However, there is much evidence that demonstrates antipsychotic medications are not the only choice for long-term treatment. Studies are showing that natural substances can often provide relief and remission when drugs typically do not.1

One might compare taking antipsychotic medications like the fire hose when a fire is raging and about to burn the house down. However, after extinguishing the fire, there remains the clearing out of char and debris, rebuilding or at least refurbishing the interior of the home so one has a comfortable place to live. There is also the discovery of what may have started the fire, and a need to fix the faulty wiring, the gas leak, or whatever the causes might have been to prevent the same catastrophe from repeating. Antipsychotic medications should probably be primarily used as emergency or stop-gap measures, that can allow for a more in-depth address of the issues that need to be repaired for overall and sustainable improvements.

Physicians commonly treat schizophrenia with typical or atypical antipsychotic drugs. It is estimated that schizophrenia afflicts less than 1% of the population. The symptoms of schizophrenia include hallucinations, delusions, incoherent speech and thought, etc. 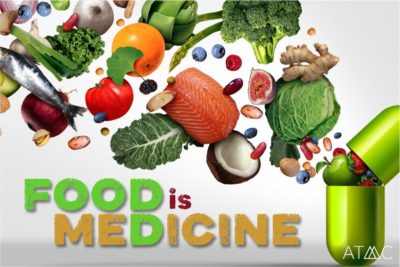 Evidence shows that schizophrenia may present in a person and can become a chronic condition. Physicians usually treat the condition with antipsychotic medications. However, Seroquel, Risperidone, Invega, or Clozaril alternatives, that is, non-medication-based treatments may not only manage symptoms but have produced complete remission of chronic schizophrenia, allowing the patients to discontinue their medication. Switching to a ketogenic diet was reported as a medical intervention that greatly contributed to the remission. Complete remission continued for years after stopping their medication. A new branch of medicine called “Nutritional Medicine” is receiving much attention and success in its treatment protocols, as reported in the prestigious Lancet psychiatric publication.5

Changing to a keto-based diet showed significant remission rates in children with epilepsy who did not benefit from neuroleptic medications. These are hopeful and potentially life-changing treatment outcomes.2,3

Bipolar psychosis or mania are other disorders commonly treated with antipsychotic medications. Some would estimate 5% to 7% of the population suffers from these conditions. Doing the math, that is many tens of millions if these figures can be relied upon as accurate. While pharmaceutical companies might relish these numbers, or even encourage some to over-report (establishing their potential consumer base), little is known about how antipsychotic drugs actually work.

Yet they are relied on almost exclusively to try to dampen (never cure) these aforementioned conditions. Observations and studies show that in vast numbers of patients, pharmacological-based treatment only partially resolves the symptoms, and can cause myriads of unwanted side effects. In addition, there are clinical studies showing that “less is more” when it comes to recovering from psychosis. Discontinuing medication has been shown to produce more success in recovery from psychosis than continuing the medication after the psychotic episode ends.1,4

For many years, Alternative to Meds Center has been helping people to gently and comfortably withdraw from antipsychotics and other types of medications. But there is more to recovery after medication than simply tapering medication. In our program, clients begin with a comprehensive and thorough assessment and detailed interviews along with batteries of tests to ascertain the full horizon of factors that require addressing to best serve the health of the client. One of the most popular treatments to help prepare for successfully tapering from medication is a flushing out of toxic accumulations, with low-temperature sauna, chelation, nebulized glutathione treatments, and other gentle and easy-to-tolerate methods. After the clean-out, clients commonly report sleeping better, feeling calmer, brighter, better appetite, more energetic, and many other benefits.

Beginning the Taper Process at Alternative to Meds Center

At such a stable point, Clozaril tapering can begin. The process presents much less of a shock to the body done in this sequence. Supporting the process along the way clients enjoy a (delicious) keto-based diet consisting of mostly local organic produce and other foods including daily consumption of fermented foods, a targeted supplement protocol based on individual testing, including natural precursors which are designed to boost and restore natural neurotransmitter production. We have designed these and other protocols to provide the easiest, most efficient, and gentle pathway to becoming less medication-dependent, and even entirely free from medication, without returning symptoms of psychosis, mania, etc.

We encourage you to contact us at Alternative to Meds Center for much more detailed information on Clozaril alternatives and other programs we offer, all intelligently designed for your improved natural mental health and well-being, or that of your loved one.