This entry was posted in Antidepressant and tagged Fluoxetine, Prozac on May 27, 2021 by Lyle Murphy.

When people are dealing with mental health problems like depression or anxiety, Prozac is one of the most prescribed solutions. Prozac is approved for use as an antidepressant, but in practice, is used to address all sorts of conditions, including bulimia, obsessive-compulsive disorders, panic disorders, and more. Ideally, by simply taking a pill on a regular basis, you can successfully address these common mental health issues and become a joyous, productive member of society. All too often, however, with Prozac, that scenario proves to be far from reality. What, exactly, does the active ingredient in Prozac (Fluoxetine) do, and why does it have such a controversial past?

Alternative to Meds has expertise acquired over 15 years of helping clients through tapering and withdrawal of antidepressants. We have published evidence clearly demonstrating that more than three-quarters of our clients tapering off fluoxetine or other drugs do better by tapering off them and replacing prescription drugs with a holistic lifestyle and other non-toxic choices to authentically and truly improve their health.

When faced with a confusing or concerning medical issue, we often rely upon the knowledge and expertise of medical professionals when it comes to treatment options, trusting that they are making the choice that is in our best interests. However, that also means that we often don’t perform our due diligence when it comes to researching the substances we are putting into our body. Worse, many of us fail to explore any alternative solutions. As it turns out, there’s a lot more to some of the drugs we take than meets the eye.

While fluoxetine is generally classed as an antidepressant, it is more specifically an SSRI, or selective serotonin reuptake inhibitor. The aim of SSRIs is to help increase the level of serotonin present in the brain. Serotonin, often described as “the happy hormone,” plays a significant role in mood stabilization, promoting feelings of happiness and overall wellness. Serotonin also regulates certain other functions of the body, such as digestion, sleep, and healing.

Like all other hormones, it’s necessary to have a precise balance of serotonin in your body. If your brain produces too much or too little, you are bound to experience a significant impact. In fact, serotonin imbalances can cause serious issues. How Do Issues With Serotonin Production Affect the Human Body? Issues related to serotonin can be divided into two categories: issues that arise when there’s a scarcity of serotonin and issues that occur when there’s excess serotonin. The former is the scenario most often recognized as a contributor to anxiety and depression. Those who have a serotonin deficiency are much more prone to feelings of unhappiness, hopelessness, and even suicidal ideation. Low serotonin levels can cause other problems as well, including trouble sleeping, an inability to concentrate, digestive dysfunction, memory issues, and more.

What Does an SSRI Do?

SSRIs are meant to help increase the amount of serotonin in your body and are primarily prescribed to those experiencing a serotonin deficiency. Understanding how SSRIs work starts with acknowledging that, in addition to being a hormone, serotonin is also a neurotransmitter.

Neurotransmitters have the task of facilitating communication between various parts of your body, transmitting signals from the neurons to other cells. As a neurotransmitter, after delivering its message, serotonin is reabsorbed into the nerve cells in your body. During that process, serotonin also carries out the other positive bodily functions discussed previously. However, when you produce reduced amounts of serotonin, there isn’t enough present during the transmitting process to have the desired impact.

SSRIs are not able to simply force your body to produce more serotonin. Instead, they target the reabsorption process, preventing the nerve cells from absorbing the serotonin. Since the serotonin isn’t reabsorbed, it can go on to carry out its other various tasks throughout your body.

The History of Fluoxetine

Fluoxetine was created by three researchers at Eli Lilly and Company. Like many drugs, fluoxetine was not originally developed for its present purpose. Instead of depression, the road to the creation and eventual mass marketing of fluoxetine started with an attempt to treat high blood pressure. While the drug showed some promise in early animal trials, it was ultimately unsuccessful in human trials. Another avenue explored was using Prozac to combat obesity, but the drug was not successful in that application either.

After repeated failures, Eli Lilly eventually found redemption in an entirely different area: depression. The company conducted an initial trial on patients with mild depression, which supported the evidence that the drug could be used to treat this mental health issue. In fact, all participants reported feeling less depressed after taking the drug. However, it should be noted that only five participants were included in the trial. Still, that was enough evidence for Eli Lilly to move forward with renewed confidence, winning FDA approval in 1987 and debuting on the market merely a month later. Within the first year, the drug generated millions in product sales.

The Marketing of Prozac

The efforts dedicated to marketing Prozac cannot be understated. Everything from the promotional language surrounding its release to the materials given to medical professionals to the very name of the drug was intentionally chosen to maximize its positive reception. The name Prozac was developed to appear both professional and snappy, remaining in line with the overall messaging of fluoxetine serving as a “one-pill-fits-all” solution.

The main angle of the promotional materials advertising Prozac used the guise of teaching vital information about depression to consumers, cautioning the public about the dangers of remaining depressed while extolling the benefits of Prozac. This came at a time where previous negative experiences with the side effects of antidepressants weighed heavily upon the populace, making the promise of an exciting, effective new drug even more enticing. Prozac became a trendy choice, recommended by celebrities and referenced all over the media. In addition to targeting those with depression, Prozac was promoted towards increasingly larger groups of people to continue capitalizing on the drug’s popularity. Not only was it recommended to those with diagnosed depression and anxiety, but it was also offered as a potential cure for those who simply struggled with shyness or those looking for an easy way to feel happier. Over time Prozac was even marketed towards children, including those under the age of five.

The biggest challenge fluoxetine faces is the truth about its effectiveness. Given the general knowledge available about serotonin, SSRIs and how they work together, it seems like addressing depression via an SSRI should be a straightforward process. Low serotonin equals depression, so a drug that helps you increase serotonin should cure it. What could possibly be missing in this conversation? In fact, the conversation about the hype surrounding Prozac is often missing nuance and context.

It’s true that there is an observed relationship between serotonin levels and the listed functions of your body. However, like the other hormones and neurotransmitters in your system, serotonin does not work in isolation. There are many distinct factors that could potentially have an impact on the various facets of your health, including depression. Under certain circumstances, our emotional state and stress levels can actually affect our brain chemistry. This begs the question: are reduced serotonin levels more of a symptom of depression than the source?

While a correlation certainly exists between serotonin levels and the presence of mental health issues, there is no evidence to suggest that low serotonin is the main cause. Nor is it safe to say that increasing serotonin levels will fully eliminate depression. In fact, in 2003, the National Health Service in the UK released a public statement denouncing the use of Prozac in those under the age of 18 while citing studies that showed only a trivial difference between the performance of the drug and that of placebo sugar pills.

In addition to questions about its value as an antidepressant, Prozac also presents some significant risks. First, common negative side effects include nausea, increased anxiety, trouble sleeping, and fatigue. While less rare, some patients also report significant changes to their mood, uncontrollable muscle spasms, tremors, and a decreased libido. One of the most serious possible side effects is increased thoughts of suicide. 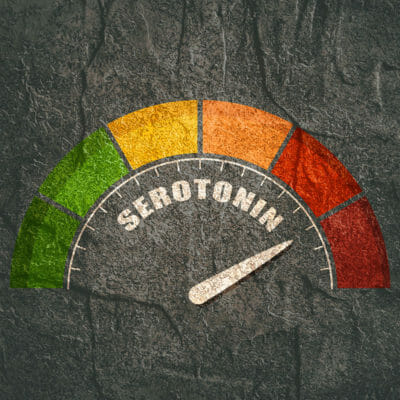 There is also a heightened chance of developing serotonin syndrome while taking Prozac. Because the drug interferes with the natural serotonin uptake process, it’s possible for you to end up with too much serotonin. Increased serotonin levels subject you to all sorts of negative symptoms on top of Prozac’s side effects and the initial condition that prompted your doctor to prescribe Prozac in the first place.

Finally, there is the matter of withdrawal. To stop using Prozac, it’s necessary for patients to slowly taper their dosage because stopping suddenly can lead to withdrawal syndrome. Symptoms of withdrawal syndrome include digestive issues like nausea and vomiting, overall dizziness, difficulty with motor control, and trouble sleeping. In fact, it’s possible for your body to adapt so thoroughly to Prozac that it becomes physically dependent on it just to function normally, making it even more difficult to transition away from use.

Often, the names of Prozac, Zoloft, Luvox, and other drugs are easily confused, as they are all classified as antidepressants and SSRIs. In fact, in everyday conversations surrounding

medication meant to treat common mental health issues like anxiety and depression, the three are used so interchangeably it might make a person wonder, what is Luvox (fluvoxamine)? Is Luvox the same as Prozac? Is there a difference between Prozac and Zoloft?

The Truth About Prozac

Many people have reported success with Prozac and other SSRIs. However, many people have reported significant side effects and failures as well. Unfortunately, the way the media and the medical community frame information about Prozac is often skewed towards the positive, despite what the research indicates. That’s why it’s extremely important to be a strong advocate for your own health, starting by becoming as well informed as possible about any new medications. Learning background information and your options prior to introducing a new substance into your body could significantly impact your quality of life. 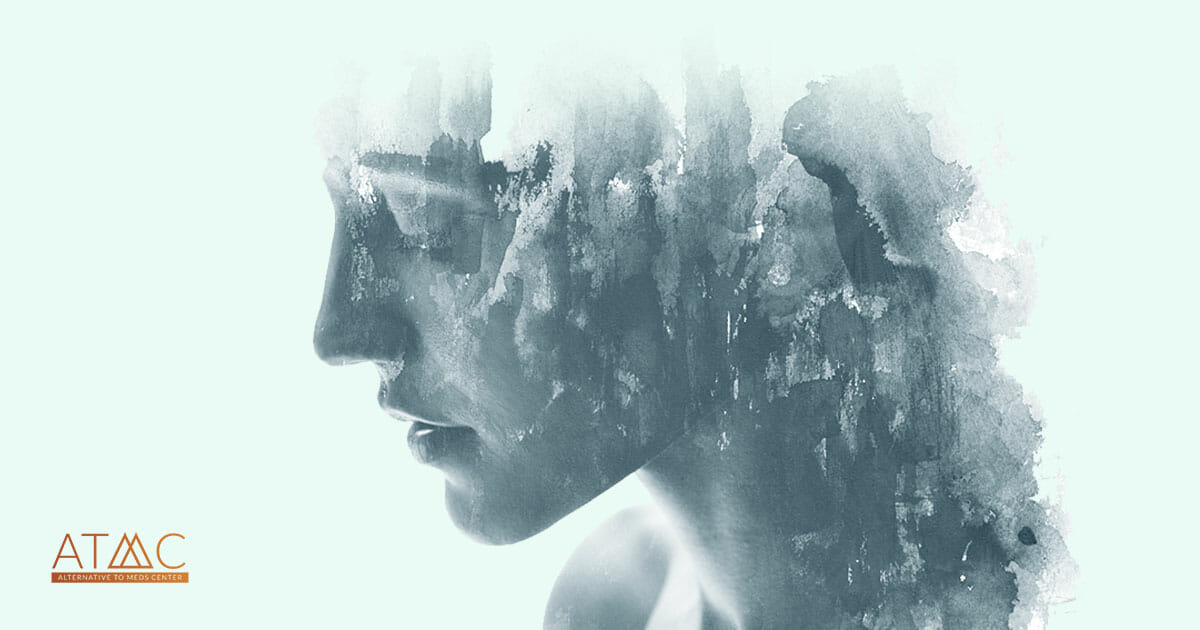