This entry was posted in Health and Wellness on January 25, 2022 by Lyle Murphy. Pharmaceuticals are a multi-billion-dollar industry that continues to grow year after year. With the development of technology and medical advancements, the ability to create medications to treat illnesses has birthed hundreds of thousands of new drugs. While some of these advancements appear to positively impact society, evidence suggests some pharmaceutical businesses place profit above genuinely helping the public needs. There has been much debate about whether the pharmaceutical industry creates more significant problems than it solves.

The increase in prescription drug use and the presence of new medications on the market have made it more difficult for society including its physicians to determine whether these drugs are helping individuals. However, by exploring the common questions that arise when discussing the ways prescription medication has changed and how the pharmaceutical industry has changed over the years, we begin to see important details that people should be aware of so they can make informed decisions.

What Is Prescription Medicine?

Prescription medicines, more commonly called prescription drugs or prescriptions, are medications health care practitioners prescribe to treat or prevent disease. Pharmaceutical companies typically procure a license from a drug regulator such as the FDA, permitting them to produce these medications, which medical practitioners dispense through pharmacies.

What Is the History of Prescription Medicine?

Prescription medication history dates back to at least 1820 BCE10 when Egyptian physicians prepared and prescribed drugs for their patients. Often the practice of prescribing drugs was blended with magic spells for increased efficacy. The field of prescription medicine in the US was unregulated until the early 1800s.11 In 1906 the original Food and Drug Act was passed to protect consumers safety. It may seem strange to us that it was at one time common practice for doctors to prescribe “medicinal” alcohol1, or heroin16, or cocaine, which was an over-the-counter cure-all as well as the magic ingredient that launched a popular soft drink in 1886.17

Marketing strategy has always been a key driver in the pharmaceutical industry. By the mid-1990s, pharmaceutical companies had developed new opioid medications that were marketed as non addictive. Purdu spent $200 million in a single year to aggressively promote Oxycontin© as a non addictive painkiller, becoming a near over-night blockbuster drug, profiting from $multi-billions in sales. These drugs were being advertised heavily to doctors and the public at large. In the early 2000s, painkillers became a significant part of American culture and became more widely available to the public. However, in 2007 Purdu was criminally charged, though no one went to jail, and paid a mere $437 million in fines for their misleading advertising claims, and after deaths from prescribed opioids rose to the top of the leading causes of death in the US. Apparently this was not enough to bring about change in practices, as Purdue also plead guilty to fraud and kickback charges in 2020, leading to the dissolution of the company. And yet again, no one went to jail.4,6,7,8,13,14,18,19

The practice of misleading advertising leading to over-prescribing, as well as the obfuscation of adverse drug reactions have damaged the reputation of prescription manufacturers, according to those who take the time to research the medical literature. Prescription medications have become more widely available than ever before, while also elevating the potential to be fatal if misused, overused, or over-prescribed.3,12,13

How Have Prescription Drugs Become Dangerous? The increase in prescription medication has exploded into an epidemic of drug addictions. The term “drug abuse” is perhaps more a reflection of social attitudes than science. It may even be a term poised to let drug manufacturers off the hook in legal or ethical implications. The truth is no one starts out with the goal to become an addict. The cellular response to an addictive substance is the foundation of addiction, and some may consider the concept of drug abuse an unnecessary pejorative to describe someone becoming the victim of addiction, for example, becoming addicted to painkillers, or antidepressants, or stimulants. All of these addictions can become life-threatening if left untreated.5

What Are the Side Effects of Prescription Drugs?

TV commercials and advertisements are required by law to at least give a toll-free number where you can ask someone about side effects, and some ads end with a droning narrator reciting the shocking tsunami of the drug’s side effects, which, somewhat surprisingly, doesn’t legally have to include all of them.18 Most consumers begin taking a drug for some desired health benefit. It is crucial to inform oneself of the potential harm before starting on any drug that can lead to injury, dependence or addiction.

Some prescription drug side effects may include:

If you experience these or any other symptoms of concern, call your medical provider or 911 immediately.

How Has the Pharmaceutical Industry Changed Over the Years? 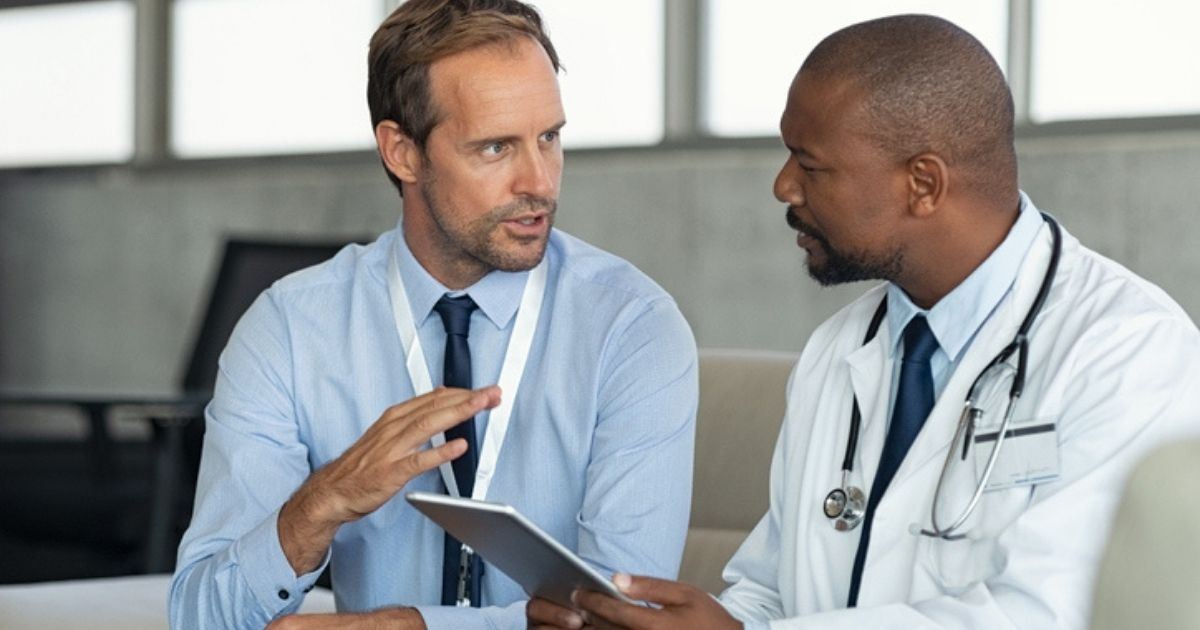 Pharmaceutical companies have been criticized for their role in increasing prescription drug use. To increase profit, some of these companies have misled consumers about the benefits vs risks of prescription medication, leading to an increase in prescriptions. Look no further than the thousands of lawsuits against companies that produced opioids for contributing to a drug addiction crisis in our society.

Additionally, pharmaceutical companies spend exorbitant amounts of money on lobbying efforts to allow them to extend the “approved” use of medication, to expand their target markets, regardless of potentially dangerous drug interactions.

Why are prescription drugs rising? Prescription drug prices have been on the rise for years. People forced into a corner by overpriced prescriptions may not have insurance that covers everything, yet they feel pressured to obtain what are sometimes inexplicably expensive medications.

Some reasons prices are increasing may include:

Prescription Medicine Is Increasingly Seen as the First Line of Treatment

We have seen a shift in the way physicians are trained to treat illness and injury. Instead of addressing root causes for symptoms, the medical industry favors prescription medication to treat (never cure) symptoms. This is a shift from traditional wisdom in medicine that taught people to seek alternative treatments before turning toward pharmaceuticals.

The result is that individuals are heavily encouraged to use prescription medication to treat symptoms that could have been eased by a healthy lifestyle or simple, safe, natural remedies.

We Have Become an Overly Prescribed Society

In recent decades, we have seen a significant increase in the number of prescriptions being written. Increasingly people are going to doctors and asking for medication to treat their symptoms. This simple observation has many wondering why prescription drug use is increasing.

The increase in prescriptions could be a result of:

Increased Regulations As a Result of Lawsuits

Despite censorship or denial, sometimes an issue becomes so serious that it cannot be ignored. Such is the case with pharmaceutical companies, some of which are in a state of disrepute. While they have been able to operate without stringent oversight for decades, they have recently been placed under increased scrutiny as a result of lawsuits and increased government regulation.

The published CDC statistics showing that one of every 2 people in the US takes prescription drugs,14 shows just how dire the situation has become and how vital it is that it be addressed. Increased awareness of medication errors and litigations over drug damage have seen the Food and Drug Administration stepping up its efforts to monitor the pharmaceutical industry and improve its practices.15

Some of the most common regulations in place today include:

We are a society that values quick results. We want our pain gone by the time we leave the doctor’s office, but this quick-fix “band aid” approach is not the best approach. Patients are often given medications to treat symptoms without any information on reducing their pain or illness over the long-term other than taking the medication.

Doctors, perhaps under time constraints, are prescribing more medication than ever before, but they aren’t teaching patients how to effectively manage their symptoms through lifestyle changes or alternative treatments. They simply are not trained to do so in medical school. We have a perfect storm of increasing influence of the pharmaceutical industry and the lack of education on the benefits of lifestyle medicine.

The rise of telemedicine has made it easier than ever for people to access physician services.9 Health care can be easily accessed through a simple video call with an on-demand physician. This makes it simple for people to get a diagnosis by explaining their symptoms and receiving a prescription for the appropriate treatment, without setting foot in a doctor’s office.9

This increases the temptation to connect with a physician for a quick fix, rather than seeking holistic methods to feel better. Especially in these times, the advancement of telemedicine has been advantageous for providing health care access to populations that struggle to get to a facility, but it can serve as a double-edged sword, if one is only seeking a quick-fix prescription. There are also tele-physicians who offer consultations leading to more comprehensive treatment options where these might serve the patient better.

Contact Us for a Better, Healthier Version of You … Naturally! 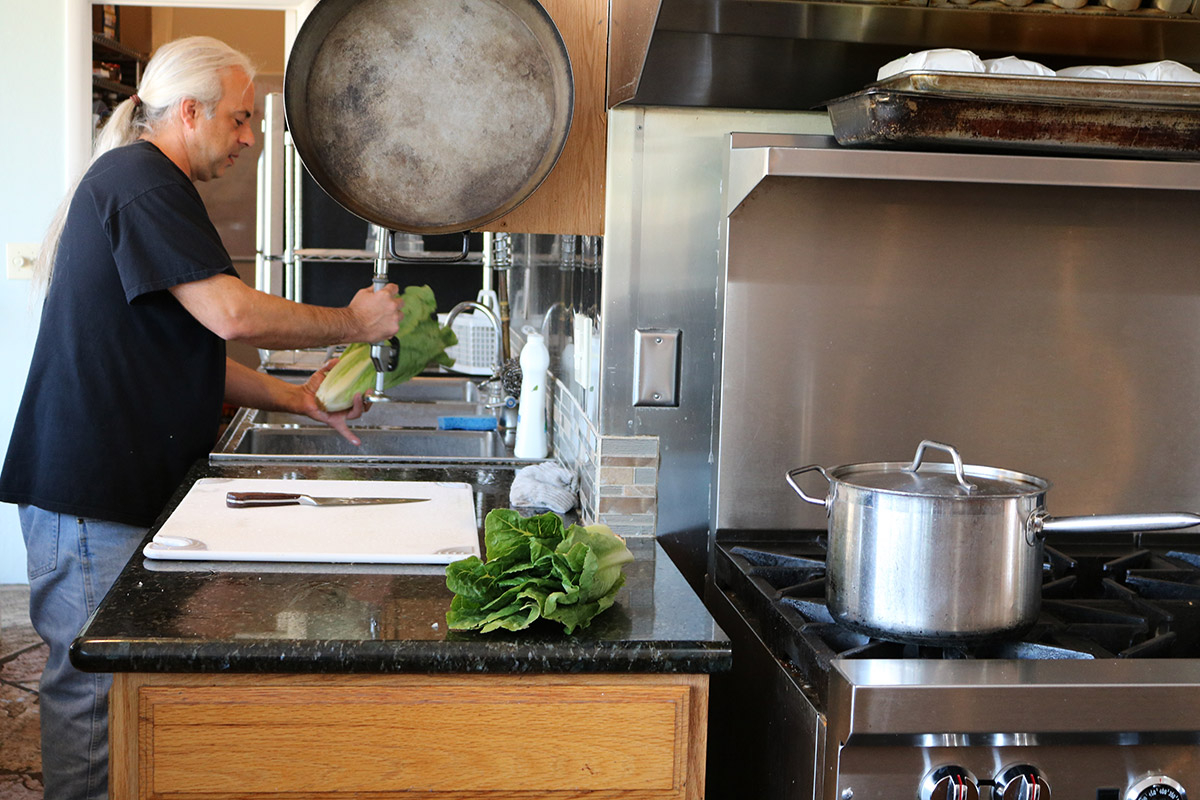 Prescription medication has changed over time, but not all changes are for the better. Pharmaceutical companies have shifted the medical industry in ways that prioritize profits over patient health.

If you’re looking for natural treatment options, you may wish to consult the Alternative to Meds Center, where medically trained physicians, naturopathic physicians, and nutritional psychiatry are fundamental pillars of mental health recovery. Naturopaths and holistic medical practitioners are trained to provide patients with the tools they need to acquire natural mental health. A naturopathic physician will work with you to find the root cause of your symptoms rather than prescribing potentially injurious drugs that can only temporarily mask symptoms, and in fact, sometimes even worsens them. We are here to help. Please call us at Alternative to Meds Center for more information on safe alternatives for natural mental health.

9. Primary Care Office-Based vs Telemedicine Care Visits During the COVID-19 Pandemic in the US [cited 2021 Nov 15]

19. Institutional corruption of pharmaceuticals and the myth of safe and effective drugs [cited 2021 Nov 15]