This entry was posted in Signs & Symptoms and tagged PAWS on July 16, 2021 by Lyle Murphy. 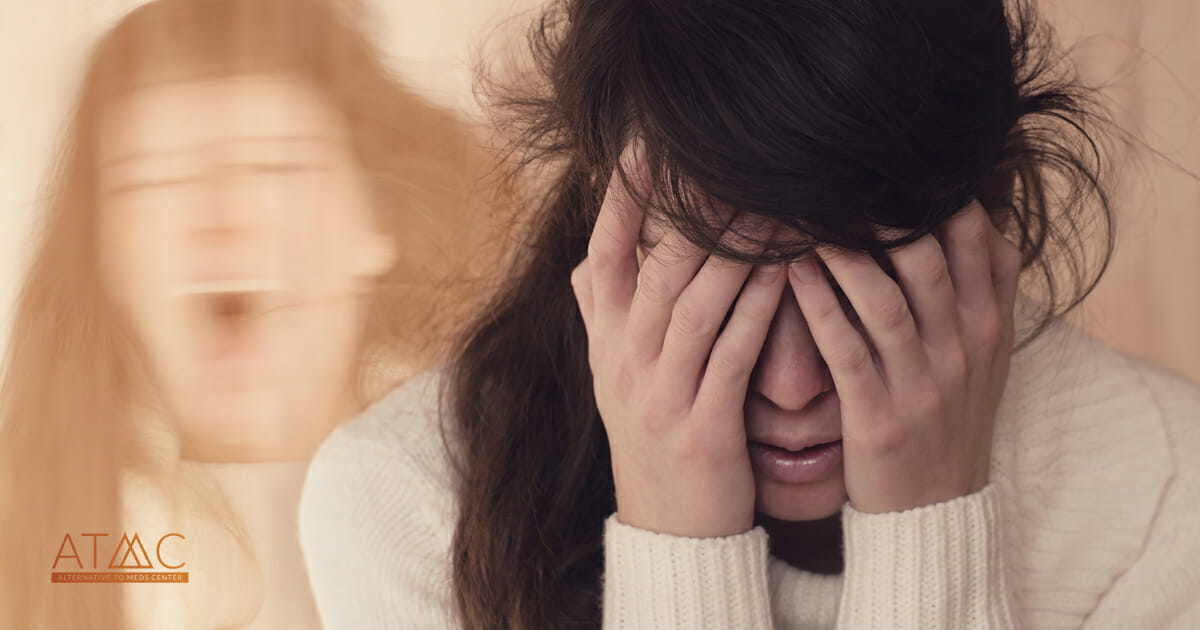 
When getting off drugs (whether illicit or prescribed) or quitting alcohol, protracted withdrawal (also called post-acute withdrawal syndrome [PAWS]) is the biggest threat to recovery for addicts. However, withdrawals are a signal that your body needs help – and there are many methods to help manage withdrawals during recovery.

Most people may consider the initial withdrawal period, also known as acute withdrawal, to be the most severe. That is typically true in the sense of medical severity. However, protracted withdrawal can emerge throughout the recovery process, making recovery unpredictable and challenging to cope with. After walking through the basics of withdrawal, you can explore seven of the categories of protracted withdrawal, helping those struggling with active substance abuse disorders or in recovery—as well as those who just want to learn—understand what’s going on and how to get the help needed. Whether you are in recovery, love someone who is, or are looking to learn, insight into the withdrawal process can help.

What Is Acute Withdrawal?

Acute withdrawal refers to what is experienced when a person is initially detoxing from drugs or alcohol. It can be particularly severe in individuals quitting alcohol or benzodiazepines. Barbiturates can cause unique symptoms of acute withdrawal, including nausea and vomiting, headaches and migraines, intense substance cravings, anxiety, insomnia and general trouble sleeping, depression, joint pain, hallucinations, delirium tremens, and seizure activity 2. For alcohol addiction, in particular, loss of physical coordination, high pulse rate, and potential for grand mal seizures are also possible 3.

Is Dizziness a Withdrawal Symptom?

One of the most common questions about withdrawal, whether acute or post-acute, is if dizziness is common. This may be such a common query because dizziness is commonly experienced in general. Thus, it is not always a withdrawal symptom because many contributing factors can cause dizziness. However, dizziness can be a withdrawal symptom. It is often accompanied by other, more severe PAWS or acute withdrawal symptoms. Additionally, dizziness can be a side-effect of medications used in medically assisted therapy (also known as MAT) for substance abuse disorder. Dizziness is a typical unfortunate side effect of many medications, whether they are being used properly or being abused 4.

Do Withdrawals Come in Waves?

Another common question of people in recovery is whether withdrawal symptoms come in “waves” where the noticeable withdrawal symptoms go away and then come back. The answer is not entirely straightforward. Yes, is it possible for withdrawal to appear to end—particularly after a two-week detox process 5 and then to return as PAWS symptoms. Acute withdrawal is experienced across the board by patients who are addicted to alcohol, barbiturates, or benzos. However, not everyone will experience additional withdrawal symptoms. If they do, PAWS may appear after a brief lull in symptoms.

How Is Withdrawal Different From Other Predictors of Relapse? It is in the common vernacular for people to say, often in jest, “I’m in withdrawal.” They may be talking about the craving for junk food or sugary drinks while on a diet, or a non-addicted occasional drinker may joke about “withdrawal” while fasting from a nightly glass of wine. This is a misuse of the term. While it is mostly harmless, it does somewhat convolute the meaning of withdrawal for people who are actually battling addiction because it can make withdrawal sound the same as cravings or triggers—other significant predictors of relapse.

Cravings are common throughout all the phases of recovery, but withdrawal cravings are intense. That is why inpatient detox is recommended. Triggers are events, places, sights, sounds, emotions, or even people who tempt a person with an addiction to use, regardless of the stage of recovery. CBT (cognitive behavioral counseling) has been shown highly effective in learning to recognize and deal with intense cravings and other triggers to prevent relapse after detox 6.

Withdrawal from benzodiazepines is one of the most intense and dangerous forms of withdrawal, both in the detox phase as well as during protracted withdrawal. Detoxing from benzos is most comparable to alcohol, and both can be severe, even life-threatening in terms of seizure activity. The benzo abuse epidemic disproportionately impacts women and can result from legitimately prescribed drugs for actual diagnosed mood disorders, making it a realm of addiction that is complicated to treat 7.

The following are not simply the symptoms of protracted withdrawal but are categories of symptoms that can be experienced. The actual list of symptoms is extensive and unique to the individual, with some commonalities across the board.

Cognitive symptoms of withdrawal include memory loss and difficulty remembering, in addition to general brain fog. These symptoms are not so cut-and-dry as not being able to remember, though. Cognitive symptoms of withdrawal may appear as difficulty remembering certain events or times, foggy memories, false memories, difficulty distinguishing confusing memories from reality, and having vivid dreams that seem real or confused with reality 8.

Though intellectual and cognitive symptoms are intertwined, they are not synonymous with symptoms of withdrawal or PAWS. While cognitive symptoms have more to do with organizing and retaining memories, intellectual symptoms may manifest as seeming slowed down or even “dumbed down.” That doesn’t mean an individual has lost intelligence. That is not common 9. However, the issue is typically the brain responding and relearning after a long period of chemical dependency. The individual may have trouble organizing their thoughts, multi-tasking, paying attention for an extended period, or articulating thoughts and feelings. It’s worth mentioning that some medications that can be abused in active addiction can also make an individual feel smarter. Stopping use may make a person feel slower or less capable for some time. An example would be the stimulant Adderall. Additionally, some treatment facilities rely heavily on MAT, and medications such as suboxone may also cause cognitive sluggishness, though it is a separate culprit than the process of detox itself 10.

Emotional symptoms are another common, if somewhat surprising, category of withdrawal and PAWS. Notably, an individual may have difficulty responding appropriately and proportionately due to the imbalances and “mental gymnastics” their brain is doing to cope with the loss of the substance on which they had been dependent. A minor inconvenience may result in tears, or an insignificant slight from a friend or partner may result in feelings of rage. This type of emotional instability can be jarring, but it is considered normal in early recovery. Learning about strategies for coping with intense emotional flare-ups associated with withdrawal is highly recommended

Though emotional and mental well-being can undoubtedly impact an individual’s sexual health and experience, some withdrawal symptoms are specific to one’s sex life. Namely, a person in withdrawal may have trouble becoming aroused due to dysphoria—an absence of the perceived euphoria experienced in active addiction. This is common during the early days of quitting drugs or alcohol. Also, a person may be able to become aroused but may lose interest in sex or have trouble achieving satisfaction from the experience. Sometimes this experience is directly related to the chemical process in the brain when going through withdrawal. Other times, though, a medication may cause sexual dysfunction. Other times, the issue may be psychological, such as when a person believes sex will not be gratifying without drugs or alcohol or is dealing with sexual problems related to their time in active addiction.

It is worth mentioning that some individuals have spiritual difficulties during the withdrawal period. The reasons are not entirely easy to pinpoint as they will be specific to each individual. For instance, a spiritual person coming into recovery may have trouble connecting to God (meaning whatever God or a higher power is for them) due to the aforementioned cognitive fog and trouble organizing emotions and memories. However, a person who is not particularly spiritual who begins trying to connect to a higher power as part of recovery may find themselves in a losing proposition of trying to connect to something that feels foreign during such a trying time emotionally and mentally. According to an extensive addiction recovery study by Laudet et al, 78% of successfully recovered participants in the study reported a daily or almost daily spiritual connection through prayer or meditation. Regardless of one’s concept of God or one’s unique personal spiritual beliefs, a spiritual connection was shown to be a valuable resource for anyone in recovery 11.

Likely the most obvious category of symptoms that individuals experience are the physical aspects of the withdrawal process. Physical symptoms range from mildly annoying (nausea and headache) to life-threatening (seizures) 12.

Here are just a few of the physical symptoms of acute or protracted withdrawal:

Emotional and social well-being may suffer greatly during PAWS. For many reasons, a person may withdraw or isolate from others during this period. This could be due to a co-occurring mental health diagnosis such as social anxiety or bipolar disorder, or it could be strictly due to the experience of quitting drugs or alcohol.

The following are typical timelines for the symptoms of withdrawal to subside in benzodiazepine recovery 14.

The common practice of medicating a person in recovery can obscure the origin of symptoms and delay full recovery. Psychosocial (non-medicated) treatment was shown superior to prescription medication, in a meta-analysis published in the Journal of Addictive Behaviors 15. Holistic treatment options allow the individual and their care providers to tailor a customized treatment plan to fit their individual needs in recovery. Remember that quitting medication alone, “cold-turkey,” is hazardous. The process requires a thoughtful combination of therapy and medication tapering under the care of mental health and medical professionals. When beginning the incredible journey of recovery, many aspects of the process can seem daunting, especially the potential for intense and protracted withdrawal symptoms. While it is true that PWS/PAWS can last for years, you don’t have to despair. There is freedom in recovery, and with Alternative to Meds, you can find your own way to resolve your symptoms holistically with thoughtful, informed care.

Withdrawal symptoms and other issues related to the risk of relapse can be tackled with confidence through knowledge. Contact us today to learn more about our unique approach. Your journey to recovery is within your grasp with our help. Don’t let the fear of withdrawals or PAWS keep you from improving your life.