Gabapentin (Neurontin) is a not entirely understood medication that was originally approved for treating seizures and some types of nerve pain. What is Gabapentin Used For? The two FDA-approved uses for gabapentin (Neurontin) are for the treatment of partial seizures in adults and children, and also to reduce pain stemming from nerve damage caused by shingles.

Other uses came about after uncontrolled studies were sponsored by the drug manufacturer, but the evidence did not strongly support the drug manufacturer’s claims. Pfizer was sued for false advertising as a result. Such marketing practices are illegal; however, the prescribing for off label uses does not carry the same legal repercussions.

Off label uses include: 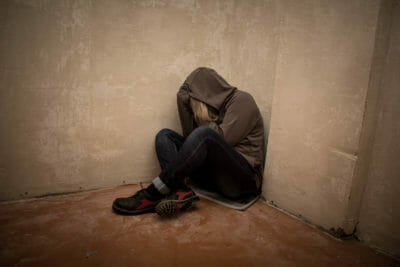 Neurontin is a trade or brand name for the generic drug gabapentin. Other trade names include Gralise, an extended-release version of the drug manufactured in the US, and Horizant, a version of gabapentin altered for more bioavailability, which was marketed to treat restless leg syndrome.

Gabapentin has become a street drug mainly due to the euphoric effects the drug causes. Neurontin is commonly referred to as “Johnnies” and “Gabbies” on the street. Gabapentin has been suggested as a “safe substitute” for opioid drugs due to its ability to relieve neurological sources of pain. This may be, in part, how the drug came to be viewed and used as a street drug substitute for opiates, as it is cheap and relatively easy to divert from legal channels.

One of the most concerning side effects of Neurontin is that the drug causes an increase in suicide, suicidal thoughts, and violent death as documented in drug studies,1 and as reflected in the FDA’s black box warning.4  The drug causes euphoric effects, which are sometimes compared to heroin or other opiates which can also leave the person in a zombie-like state. Withdrawal effects emerge within approximately 12 hours of the last dose, but can emerge in as little as 6 hours and can be severe, requiring careful monitoring, support, and medical oversight. The drug should never be discontinued abruptly, according to the medical literature.4

The body can become accustomed to having gabapentin (or any habit-forming drug) in the system, eventually requiring the drug to be present for the body to function normally. This is one of the basic drivers behind addictive behavior, as when the drug is withdrawn, physical and mental reactions turn on heavily, leading to compulsive drug-seeking.

Well-managed gradual withdrawal gently coaxes the body, brain, and CNS back to its natural neurochemical state, in order to diminish harsh withdrawals while becoming drug-free.

*FDA granted approval4 to prescribe gabapentin to children as young as 3 years old. 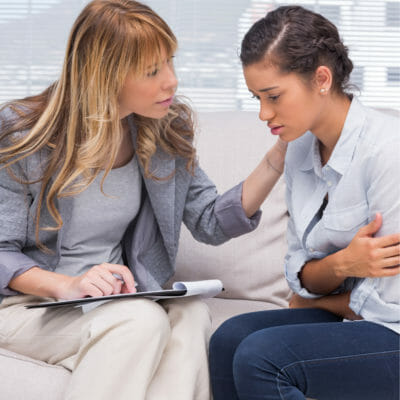 It is typically much easier to withdraw from gabapentin than from benzodiazepines or opiates. Gabapentin is chemically very similar to GABA, a naturally occurring neurotransmitter. Gabapentin users seeking to taper off this medication may consider using a natural form of GABA to ease the withdrawal effects. Many active forms of GABA are available without a prescription at your local health store.5

Since Neurontin came onto the market in 1993, ongoing research and clinical trials have been done to understand more about the properties of the drug, how it works, and how it differs from other drugs such as opioids or benzodiazepines.

Below you will find some of the most common questions we get asked about Neurontin.

Is Gabapentin a Benzodiazepine?

No. While the exact mechanism of how gabapentin works is not completely known, medical literature shows that benzodiazepine drugs function as anti-anxiety or sedating drugs by enhancing the neurotransmitter called GABA (gamma-aminobutyric acid). GABA is a natural brain chemical that sedates by inhibiting the excitatory action of other neurochemicals.

Gabapentin is used to help people withdraw from benzodiazepines. Benzodiazepines may spend and potentially diminish the body’s available reserves of GABA, and gabapentin has the ability to increase GABA concentration in the brain.2

Gabapentin also does not require CYP enzymes from the liver to metabolize.3

This indicates that it rarely interacts with other drugs and that it is relatively non-toxic to the liver, but has shown to present health challenges to the kidneys.4

Gabapentin itself resembles the structure of natural GABA, also called a GABA analog. It is theorized that by mimicking the properties of natural GABA, that is how it can prevent seizures (anticonvulsive agent), and can reduce pain after nerve inflammation or damage related to shingles (herpes zoster).

Is Gabapentin a Painkiller?

No, gabapentin can relieve pain related to nerve damage, but is not classed as a painkiller. gabapentin does create a euphoric sensation in the user, and this effect can resemble that of some other drugs classed as painkillers.

Though it does have analgesic properties in that it can reduce pain caused by nerve damage, it is not classed as a painkiller and has a different mechanism of action than that of other types of painkillers.

No, gabapentin is not classed as a narcotic or opioid drug such as morphine or heroin. There is a difference in mechanism of action; opiates attach to opioid receptors in the brain and central nervous system whereas gabapentin raises concentrations of GABA in the central nervous system. Both of these mechanisms can result in pain reduction, though incidences of addiction to gabapentin are much less frequent than opiates.

Treatment for Gabapentin Abuse and Addiction Treatment for gabapentin/Neurontin abuse and addiction is available for a successful recovery at Alternative to Meds Center. Perhaps one of the most important first steps to conquering addiction is discovering that there are successful methods for treatment based on scientific, evidence-based protocols.

For example, if unwanted symptoms lead to addiction or gabapentin dependence, these can be addressed in ways that address, and even eliminate their root causes. There is no need to mechanically require further addictive drugs to numb or mask these unwanted feelings, sensations, or pains. Many techniques of reducing stress, anxiety, and tension can be learned and can lead to personal empowerment in managing these without drugs or prescription medication.

Addiction responds to a variety of treatment methods which can include:

Each person is a unique individual and an individualized treatment program is essential to help a person regain optimum health and restore peace of mind after addiction or dependence.

You can contact Alternative to Meds Center for more details on the many treatment protocols used in addressing and resolving addiction or dependence to substances such as gabapentin. You are invited to find out more about the various ways one can regain mental health naturally while enrolled at the facility.